Do You Honor Your Pinky? 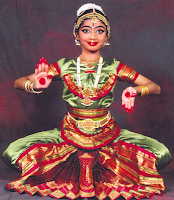 Yesterday, Karla (my business partner and friend) and I were having lunch with Will Leamon from Universal Force Yoga on 24th street. We're hoping to plan an exciting event together.

While enjoying our salads, Will was sharing mudras with us to help wake us up (we both had late nights). What is a mudra?

From Wikipedia on Feb 22, 2010:
A mudrā en-us-mudra-2.ogg [muːˈdrɑː] (help·info) (Sanskrit: मुद्रा, lit. "seal") is a symbolic or ritual gesture in Hinduism and Buddhism. While some mudrās involve the entire body, most are performed with the hands and fingers. A mudrā is a spiritual gesture and an energetic seal of authenticity employed in the iconography and spiritual practice of Indian religions and traditions of Dharma and Taoism.

In yoga, mudrās are used in conjuntion with pranayama (yogic breathing excercises), generally while seated in Vajrasana pose, to stimulate different parts of the body involved with breathing and to affect the flow of prana in the body.

A brain research paper published in the National Academy of Sciences in November 2009, demonstrated that hand gestures stimulate the same regions of the brain as language.[1]

The point: every little bone in your body is signficant. Even moving your pinky in a certain way can have power over your emotions and thoughts.

There is a LOT of knowledge out there I don't know. And I bet you don't know it all either. And I know that positive psychology is still figuring it out, too. How exciting.


Much love,
Stella
Posted by Stella Grizont at 11:48 AM

Want to receive e-mails of my posts?

Stella Grizont
Stella Grizont is the founder of WOOPAAH, a company that creates immersive play experiences for people at work to feel happier, more creative, and connected. Some of her clients include Google, Columbia University, and New York City's Department of Transportation. Stella was one of the first 200 people to earn a Masters in Applied Positive Psychology from the University of Pennsylvania. She uses this blog to express personal insights, some science based, some aha-shower based. Stella regularly speaks to universities and organizations such as MIT, NYU, Columbia University, The Learning Annex, MediaBistro, and the Center for Communication about how to launch your biggest dreams. She is a Small Business Correspondent for MSNBC and has been featured on The Today Show, Fox, Reuters, Yahoo News, and other media channels. For more about her read this blog which spills the beans or find her bio here: http://www.woopaah.com/team/